The benefits of renewable energy have been well publicised for decades. Solar energy is helping to steer the energy industry and the global community away from a long-term dependence on fossil fuels for electricity.

In Australia, we have one of the highest solar irradiation levels in the world, and homeowners are well placed to take advantage our fantastic sunshine.

Australia is the global leader in roof-top solar, with over 2.59 million rooftop solar power systems being fitted on one in five homes in Australia in 2020. This surge in solar uptake is expected to reach 3 million in the next three years – which is fantastic news for our environment.

Reducing greenhouse gas emissions will mitigate the impact of climate change and decrease global temperature increase. The less electricity we source from fossil fuels such as coal and gas, the less carbon dioxide is released into the atmosphere.

Renewable energy means cleaner air. By opting for solar energy panels, you are not only reducing the amount of carbon dioxide emitted into the atmosphere, but a whole host of nasty chemicals are no longer released into the air.

When fossil fuel is burned, the cost on human health is severe. Noxious chemicals such as nitrogen dioxide, ozone and particulate matter are all emitted as pollutants, and as a result are breathed into our lungs. Numerous public health studies have evidenced an alarming correlation between toxic air pollution and chronic disease.

By choosing to be part of a renewable energy future and utilise solar energy, homeowners are creating a future of clean air and better health for all.

Individual homeowners have the power to create a brighter future for themselves, their pocket, as well as for their children.

The economic benefits of roof-top solar panels to reduce your energy bill are well established and are covered in our previous post. These benefits will only increase as new technologies such as battery storage and electric cars are able to plug in to home grown solar power. Not only will a homeowner’s self-sufficiency increase, but these new technologies can halve the payback period for a home solar system.

As society shifts to a new model of living under renewable energy production, and investment in rooftop solar increases, the next generation of Australians can hope to enjoy a stable climate, cleaner air and exciting new technologies. 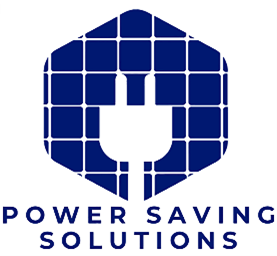 We want to help you realise the benefits of rooftop solar for your family and the environment, contact us now

No alt text provided for this image
Give Power Saving Solutions a call today on 1300 659 229 to learn about how you can take advantage of renewable energy and do your part to reduce Australia’s dependence on fossil fuels. You can also visit our website for more information: https://powersavingsolutions.com.au/